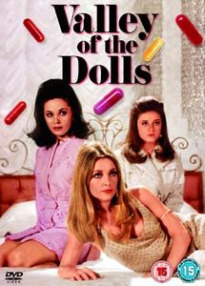 Whether you’re addicted to painkillers or battling the rarest of rare diseases, it’s clear that kicking-the-bucket is this year’s cleaning-yourself-up.
“We’re just not seeing rehab anymore,” says Julés DeBois, stylist to the stars and creative director of Trend Magazine. “It’s much more fabulous to succumb to your own fabulousness,” she adds.
And the good news: Dying’s for almost anyone this season. “Unlike skinny jeans, death looks good on most people. It makes a statement. It says, I’m here, I’m dead, and I love it.”
Death historians cite this trend’s beginning with the sudden death of actress Natasha Richardson. To many, Richardson’s death brought sadness and confusion, but it also brought a sense of eternal youth and, of course, attention.
At the forefront of this movement, of course, are attention-hungry celebrities in varying stages of death. “Lindsay doesn’t necessarily want to die, but she’s a fashionable girl who knows attention and death go hand in hand,” Ms. Lohan’s stylist told Trend last year.
Death is one of Lindsay’s more wearable fashion choices this season. “Open-toed boots make death seem easy,” explains DeBois.
So make like Lindsay with the help of our deathperts. With these easy tips, you too can find chic relief in ‘09:
Mix and Match: “The trick to dying this season is to incorporate the classic with the now,” says DeBois. “Start with a basic mood disorder or depression, and layer popular prescription drugs overtop.”
“I’m on Oxycontin, Adderall and Xanax,” Lohan told E! Now.
See the Light: Death doesn’t have to be a downer, so remember you’re going to a better place and smile for the cameras til the very end. “You want people at your reunion concert to be shocked, not relieved,” says DeBois.
“I remember when Michael died, I was so shocked that I couldn’t stop buying,” said one devoted fan. “I mean, he was so smiley in the Jackson 5.”
Dress for Your Dead Body: Remember, the paparazzi will likely snap one shot on your way to the morgue—make this an iconic image fit to last the test of time.
“You want to look somber, but fresh, like you’re dead but you’re not trying too hard to be dead,” says Gillian Mortage, photographer to the dead stars. Mortage’s work includes a haunting image of a fashionably dead Anna Nicole Smith.
“Anna could even make a body bag look fierce,” she says.
Flat line without Going Flat: Just because you’re dead, doesn’t mean your career is. If anything, expect your talent to be elevated and exaggerated, so a well-timed death can do wonders at cementing your celebrity status.
(Lohan’s reps deny allegations of an unsuccessful death attempt preceding the DVD-release of Just My Luck.)
“If Lindsay wanted to die, she knows all the right people. She’s a huge dead star, she’s just not dead yet,” said the rep.
A Final Financial Reward: Another great selling point is the price. A good death can be easily afforded by clever Recessionistas, welcome news during this season’s frigid economic climate.
“You can die for next-to-nothing these days,” says DeBois, citing falling down an elevator shaft or being shot by an obsessed fan as Trend-approved stylish death. “And of course, there’s always stress: a silent, but very financially-viable, option,” she adds.
For more tips and tricks to die for your body, visit our Death Trend blog.