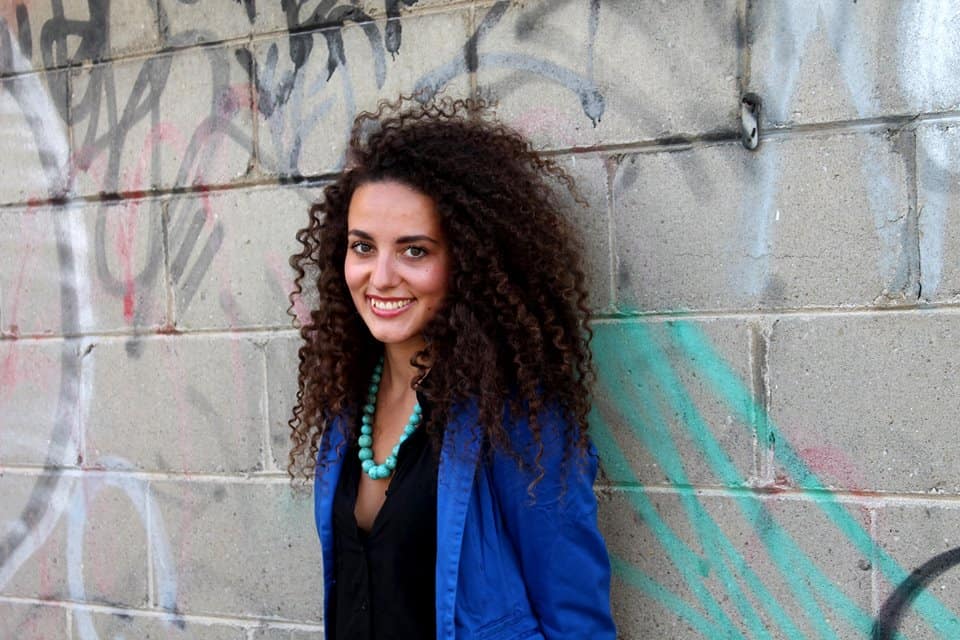 May 28th is Menstrual Hygiene Day and I hope somewhere your uterus will be blissfully shedding its lining in the name of powerful Aunt Flos everywhere. I celebrated this fabulous holiday early by cleaning my menstrual cup, kissing a tampon, and interviewing one of the city’s most prominent menstrual health activists, Sabrina Rubli, the Co-Founder and Executive Director of the Toronto based NGO Femme International.

I have had the pleasure of knowing the brilliant Sabrina for the last three glorious years. I first met her when she asked me to do some period-themed stand-up comedy at her fundraiser perfectly titled, “The Red Panty Diaries.” I have performed at the annual event three times in a row and it is consistently a bloody blast. I sat down with Sabrina to chat about Femme, #NoTaxOnTampons, and why we need to talk openly about menstruation.

JB: I’m familiar with Femme International and what you fabulous ladies do. But, please, tell our readers more about it. What is your mandate and when did it all begin?

SR: Femme International exists to empower women and girls by promoting health education, with a focus on menstrual health and hygiene. Menstruation is a major barrier to women and girls around the world and often prevents them from attending school due to a lack of resources, education, and the destructive stigma. Femme works to use education and conversation to break down the taboo and keep girls in school – every day of the month! The NGO was founded in 2013 and has since reached nearly 1000 young women with the Feminine Health Management Program in Kenya and Tanzania.

What inspired you to start advocating for menstrual health and hygiene?

I have always been passionate about women’s rights, particularly in the development context: women are the backbone of society. It is also an issue that most women in the world can relate to, a shared experience that can bring us all together.

Why do you think discussing menstruation is important?

I think a lot of people still view menstruation as something embarrassing, something that needs to be hidden. It is exactly this sort of attitude that Femme is working to break down. Society teaches girls that their bodies are unclean and something to be ashamed of, which is not only untrue, but unfair! By teaching what menstruation is all about and normalizing the subject through conversation, the taboos can be broken down and eliminated.

So, you believe that periods are still considered taboo and unnatural by ignorant folks?

Yes! There are absolutely taboos that still exist, from minor ones to more destructive traditions around the world. The most extreme that I have found is the tradition of chaupadi in remote Nepal – where women are sent off to huts during menstruation, and forbidden from interacting with their community. Other traditions include girls being unable to interact with livestock or use community water sources. Even here in Toronto, our team has been told that periods are inappropriate to talk about!

When we are working with the schoolgirls in East Africa, Femme’s facilitators try to change the language used from negative to positive, which in turn teaches girls to be proud of their bodies. Menstruation is a natural process of a woman’s body, and doesn’t need to be source of shame and judgement.

How do you feel about the Canadian federal government’s recent decision to remove GST from the cost of tampons?

I think this is long overdue. It is gender-biased taxation and I’m so proud that Canada is getting over this sexist custom. It also just proves that menstruation is not even considered when making policy, and it shows how badly we need women in positions of power.

What has been the most rewarding part about starting Femme International?

Definitely spending time with the schoolgirls, as well as working with our wonderful local team. It is an amazing feeling to be able to do work that I am so passionate about with some of the best women I know.

In honour of the upcoming Menstrual Hygiene Day, you’re hosting a reception, discussion & screening of the acclaimed film Menstrual Man at the TIFF Bell Lightbox this evening, May 19th. What made you decide to screen this particular film?

The story of Menstrual Man is such an incredible one. The film shows how just talking about menstruation in his home country of India has changed so many lives and the effects of providing pads to women has been so powerful.

What is WASH Canada’s involvement in the event?

WASH Canada is co-hosting with Femme! They are an amazing organization that works to strengthen Canada’s voice in the global WASH sector through policy reform, research and building a national network of WASH-focused organizations. Both Femme and WASH Canada were part of the Menstrual Hygiene Day movement last year, and came together as Regional Coordinators this year.

How much do tickets cost and where can they be purchased?

What menstrual health changes would you like to see happen in 2015?

#NoTaxOnTampons! Also, I would love to see a rise in the use of sustainable menstrual management materials, such as menstrual cups.