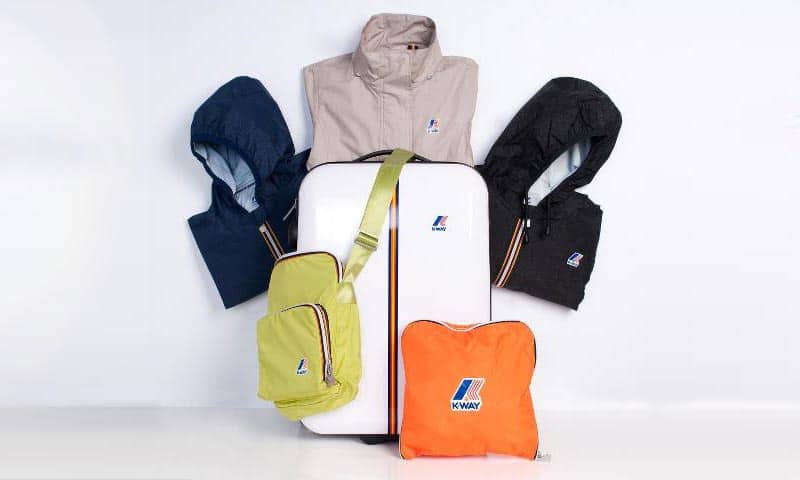 Rainwear is hard. I lived in Vancouver for three years without owning a real raincoat because I couldn’t find one that I liked. (If you’ve ever lived in Vancouver, you will understand that is completely insane.) But if my old Vancouver-self could have swanned (okay, run clutching a newspaper over her head) down to Holt Renfrew and picked up a legendary cult raincoat, things would have been different.

I love K-Way. Their raincoats actually make me yearn for the concept of precipitation, in a fresh-faced, puddle-splashing, kissing-in-the-fog kind of way. And their luggage suggests not just travel, but adventure. They make the kind of bags and suitcases that can accompany you through a marathon of passport stamps. Founded in Paris in 1965, the brand has perfected good-looking adventure gear. Clearly Holt Renfrew shares my love affair, because they’re hosting a K-Way pop up shop in store right now. Get ye to a Holt’s to pick up some of these amazing pieces. But be warned! The pop up won’t last forever. Do it now, do it now!