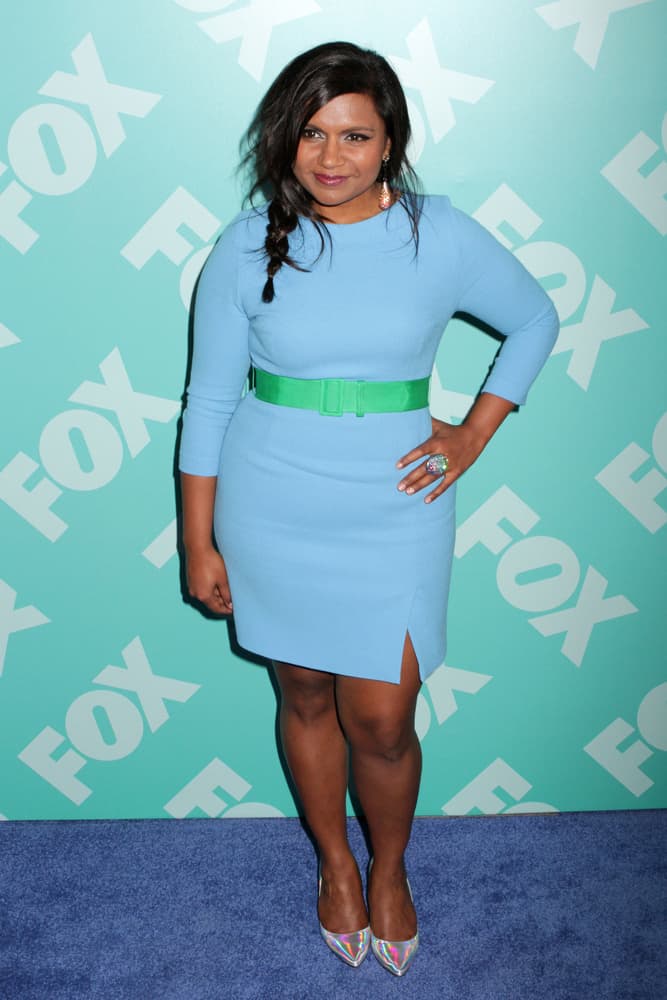 Mindy Kaling Can Date Whomever She Damn Well Pleases

“What is up with that girl? She only dates white guys!” This isn’t the kind of criticism that you hear about most characters on TV, but it is one that has been lobbed over and over at Mindy Kaling, creator and star of The Mindy Project. Critics and fans alike have been regularly questioning Mindy’s choice to have all of her love interests played by white men. In fact, that question has even spilled over into her real life when an E! reporter asked her on the red carpet what colour of man she prefers to date.

But why are people so obsessed with the race of Mindy’s suitors? Shows like Friends, Sex and the City and Girls all eventually ceded to criticism about their overwhelmingly white versions of New York and introduced a person of colour for one of the main characters to date. Of course none of those relationships lasted and the white characters were free to go back to dating other white characters, while the show’s writers could then pat themselves on the back for making a minor effort to be diverse. But as an Indian woman and the star of her own show, Mindy is in a unique position. First off, she’s no token. But more importantly it seems that as a woman of colour, she faces even higher expectations of ensuring that her show has a cast that is diverse enough to satisfy the masses. No matter how hard I try, I simply can’t seem to find another show that has faced as much unrelenting criticism as The Mindy Project for having its main character date white men.

On one hand, I understand some of the criticisms. There are concerns that the revolving door of white men in Mindy’s life reinforces the notion that having a white partner is the ultimate indicator of success for people of colour. There is also the issue that perhaps Mindy is interested only in white men because she has internalized society’s view that white men are still the ideal in terms of physical desirability. And yet I can’t help but think that perhaps this is just another way in which viewers expect all minorities to stick together. After all, in three seasons of New Girl (which acts as the lead in for The Mindy Project) the main character Jessica Day has gone on exactly one date with a black man and I have yet to hear any complaints. For the most part, when a leading character is white it’s considered no big deal if they only date other white people.

Mindy, on the other hand, apparently has some kind of built-in responsibility to actively avoid white men. The fact that her love interests are critiqued so heavily makes me think that deep down, a lot of people are hoping that Mindy will “stick to her own kind.” In this case, “own kind” doesn’t even necessarily mean dating other Indians but more likely, staying away from anyone who isn’t a visible minority. I still can’t get past the feeling that what we’re really being told is, “Diversity is great but only if it’s carried out by people of colour. White people will always end up with white people. Brown people should end up with brown people.” People may claim to be interested in diversity but if they were, they would examine all other TV shows with the same amount of scrutiny. For now, it seems that what people really want is to shift the responsibility of diversity onto a brown woman who has already shouldered her fair share.