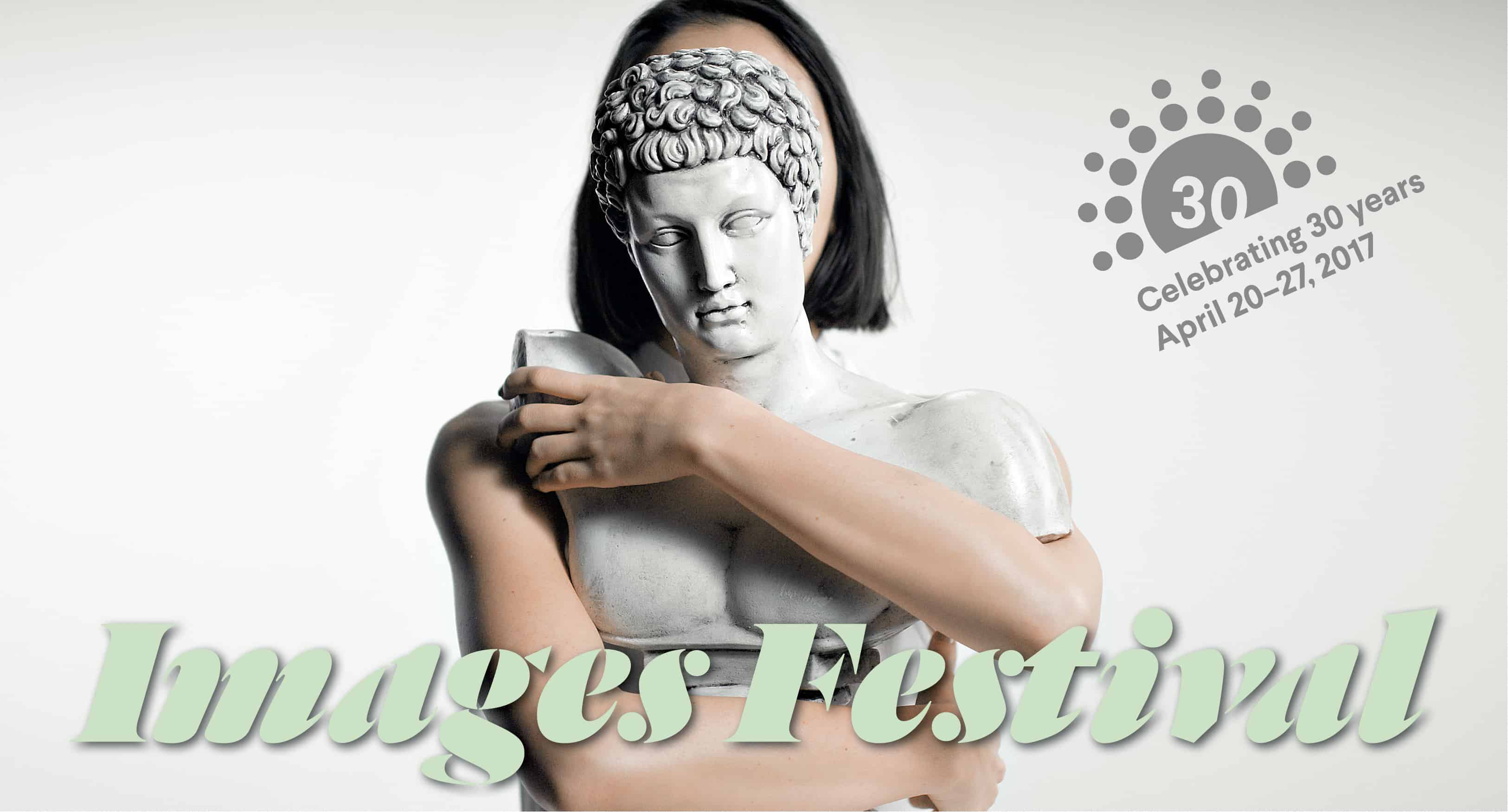 “Well, I usually see EVERYTHING before we lock the program,” says Artistic Director Amy Fung, “but for the world premiere of Los Angeles-based Martine Sym’s Incense, Sweaters and Ice (closing night screening on Thursday April 27, 7PM, Innis Town Hall), I had to make an exception. It’s a risk to go with a film that nobody from our programming team has seen as our closing night, but based on an excerpt she made and my knowledge of her previous work, I had to go with my instincts. Martine is one of the smartest artists around, working across performance, video, and publishing. This new feature-length work will be a non-linear narrative approaching the parallels between the act of writing a fictional character and the process of becoming.”

We asked Fung what else she recommends in this year’s lineup.

Afrogalactica: A brief history of the future by Kapwani Kiwanga (Friday April 21, 9PM, Innis Town Hall). This will be a one-night-only performance by Paris-based Kapwani Kiwanga, where she takes on the role of a fictional anthropologist to speculate on the future, investigating Afrofuturism as a means to examine the past from an African or African diasporic subjectivity. Her sources range from scientific reports to mythologies and poetry, which she blends with pop culture, both fact and fiction, past and present, to project into the future.
Kiwanga’s name may already be familiar as she currently has a solo show upstairs at The Power Plant, “A wall is just a wall,” which also runs until May 14.

Jumana Manna, A Magical Substance Flows Into Me (Mercer Union, a centre for contemporary art runs March 31 – May 27). This is a long-anticipated premiere that weaves through musical traditions of a multitude of communities living in and around Jerusalem. Moving across communities, including Kurdish, Moroccan, Yemenite Jews, Samaritans, members of urban and rural Palestinian communities, Bedouins and Coptic Christians, the intertwinement of heritage and identities reveals a multifaceted Palestine. A series of sculptures will accompany this exhibition, which opens Friday, March 31.

Deirdre Logue, Canadian Artist Spotlight screening and exhibition (various dates). For our thirtieth anniversary, we wanted to highlight someone who has dedicated her career to helping other media artists in Canada. Deirdre Logue has spent over twenty-five years as an advocate for artists in this country, but few are familiar with her vast body of artistic output. So spanning three galleries in 401 Richmond, Gallery 44, A Space, and Tangled Art Gallery, we are offering a mid-career survey of Logue’s installation works, as well as a screening featuring other artists responding to her work, and a new publication spearheaded by Oakville Galleries.

Karilynn Ming Ho, For the Left Hand Alone (Trinity Square Video, April 1 – May 1). Vancouver-based Karilynn Ming Ho makes her solo exhibition premiere by combining narrative associations from literature, philosophy, psychoanalysis, and pop culture, and set to the musical commissions of Paul Wittgenstein, who was a one-handed pianist. Framing phantom pain as a metaphor for economic uncertainty, the dismantling of the political left, and as an unrequited longing in an increasingly precarious world, come to her free artist talk on Saturday April 22 at noon for a discussion on desire and materiality. And if you like your 2017 festival identity, it is an image still from Karilynn’s new project.

International Shorts Program #4: GIVE ME ANOTHER CLUE (Tuesday April 25, 9:30PM, Innis Town Hall). Our last international shorts program features three short works on the themes of uncertainty. Featuring new works by some of America’s most exciting video artists (Sara Magenheimer, Mary Helena Clark, and the collaborative team of Dani Leventhal and Jared Buckhiester), each work collapses the line between fiction and non-fiction, reality and fantasy, and dreams and nightmares. If you like a thrill, this is a must-see program!