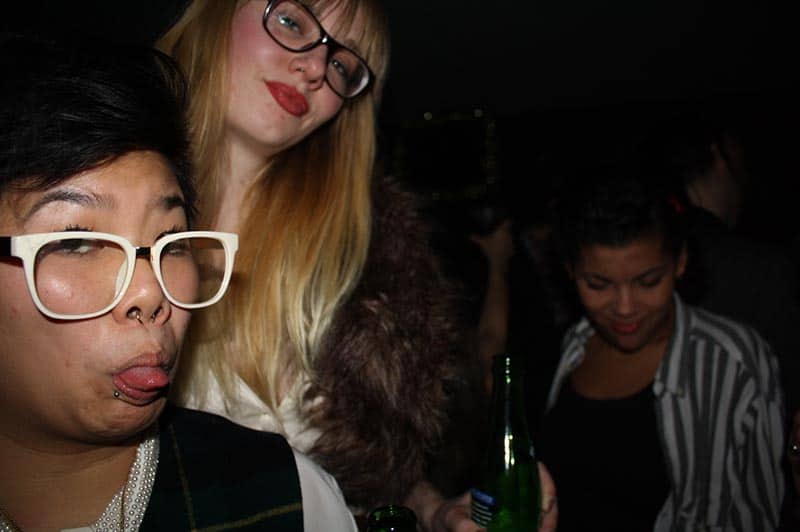 When I texted a friend to tell her I was going to the Vice holiday party, she wrote back: “Oh man. Douches.” Not very subtle, but a similar thought crossed my mind when I agreed to go. I was pretty sure the party would be full of terrible people, or worse: people who want to be terrible… Read More »

Vice Canada captures the weird and wonderful world of the Nailympics

We’re already obsessed with nail art, but this is seriously next level. The Nailympics is an international event judging some of the most elaborate manicreations to ever grace tips.

Project X: The Afterparty thrown by Vice Magazine fills me with Porchetta sandwiches & memories of my Insecure, Intrigued Youth

Before there was Aunties and Uncles at College & Lippincott, there was a store called Spazz. Who remembers Spazz? They sold phat raver pants, hoodies and t shirts with graffiti on them, and gave away free copies of VICE Magazine Spazz bears the crown of “first skateboard/snowboard shop in Toronto”, having opened its doors in 1993, and later… Read More »

Celebrate the launch of VICE.com this Thursday at Club Soda in Montreal

VICE Magazine has a new website—or, as they put it, has finally got its shit together! After years of domain name conflicts and web technology stuff that basically dates back to the start of the internet itself, Viceland.com is now VICE.com thanks to a settlement with the previous url owner and a lawyer named Ari… Read More »

Introducing: Petra Collins and The Ardorous

Petra Collins is one girl we’d love to hang out with. Director of famed photographer Richard Kern’s castings, a feature in Vice Magazine, as well as a shout-out from Tavi Gevinson, this eighteen year old Torontonian is poised to become one of your favourite new photographers. With her attention to mood, and a distinctly dreamy,… Read More »

While allegations circle about American Apparel’s Dov Charney and the infamous Uncle Terry, New York photographer Richard Kern is still cashing in on the teen erotica vacuum…and now you can too! Kern’s images have been widely published in Purple, Vice, V Magazine and Italian GQ as well as in his numerous books and exhibited at… Read More »