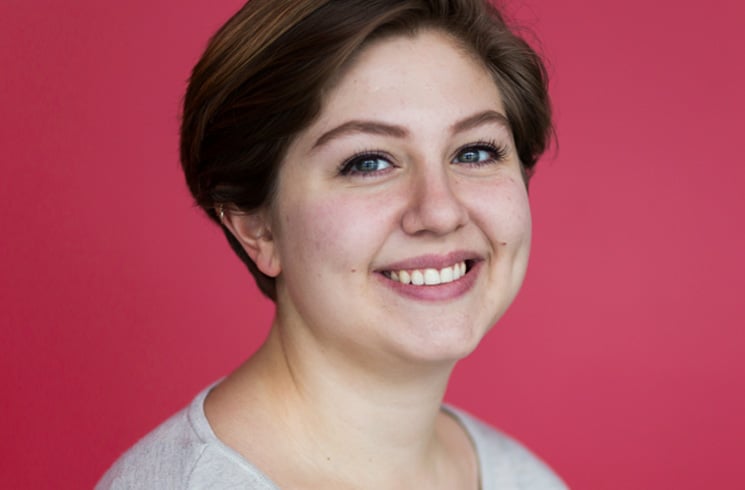 Twenty-two-year-old D.J. Mausner took home the Just For Laughs Award for Best Comedy at the Montreal Fringe Festival for ATM: The Musical, which she co-wrote and musically directed. She’s the associate artistic director at the Montreal Improv Theatre, the creator and producer of Theatre Sainte-Catherine’s flagship show, Joketown, co-producer and co-host of the podcast Experts, and thinks that actually, it is cool to care.

DJM: Our responsibility to use the privilege we have to fight white supremacy on a local and, where possible, national and global level.

Establishing boundaries is so, so important (and it is not selfish to maintain them).

Overwhelming (both good and bad).

“You don’t step to me!” Rory Scovel, Dilation.

This video of a seal just slappin’ away. I don’t know how funny it is, but it fills me with joy. I especially love when it turns over and goes at it with one fin.

People are impressed that I can pay attention.

Honestly? The UCB Manual, a book on the Meisner acting technique, and a dirty ice cream bowl.

What do you love/loathe most about humanity?

I love when people are able to come together and create something that wouldn’t have been able to exist outside of that group of people, that time, and that circumstance. I loathe dishonesty and aversion to self-reflection.

Philoctetes from Hercules (voiced by Danny Devito). Later it was Dimitri the computer simulation in Spy Kids 3.

Big ol brekkie, a nice walk with a dog, going for sushi, taking a nap with the dog, finishing a bunch of clerical work, watching a musical on broadway, having a killer set, eating mint chocolate chip ice cream, Rihanna looks at me.