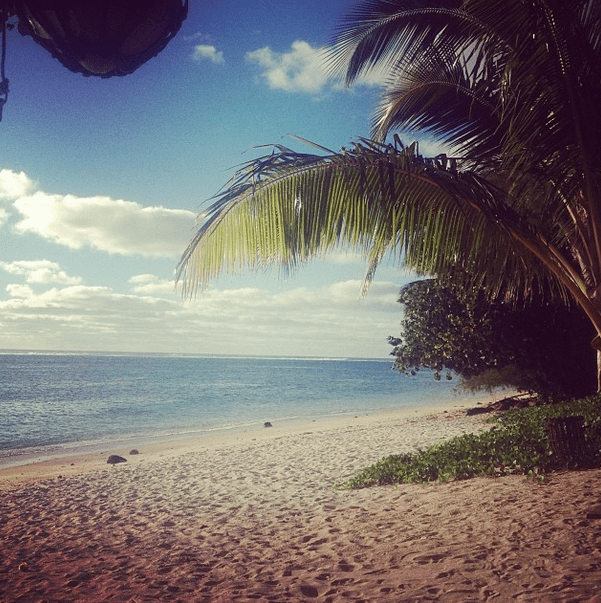 Travel can be overwhelming for even the most seasoned tourist. With the summer coming up and visions of airplane tickets dancing in our heads, we got in touch with Brad Ford—as the president of Contiki Canada he’s been on more than a few big trips—to bust some travel myths and get some sage advice for aspiring globetrotters.

TRAVEL MYTH: Don’t drink the water… ever!
TRAVEL TRUTH: In many popular tourist destinations, like Europe, drinking tap water is a-ok for Canadians.

HOW TO DEAL:
a) Research – look into water safety for the regions you’re visiting, since it might be perfectly safe and you can save money by drinking tap over bottled water.
b) Be Extra Cautious – if you need to avoid tap water, you have to avoid uncooked fruits and vegetables as well. In fact, it’s recommended to brush your teeth using bottled water for the same reason.

TRAVEL MYTH: As long as I can cram all my stuff into one suitcase, I’m good!
TRAVEL TRUTH: Airlines have introduced new guidelines, and in some cases you’ll be charged for checked luggage (even one bag!), especially when your ticket is booked on the lowest booking class.

HOW TO DEAL:
a) Pack 1 Bag (under 50 lbs) — Most international flights provide complimentary first checked bag, and sometimes a second checked bag if it’s under 50 lbs and 62 inches in length. An overweight bag (50-70 lbs) or oversized (63-115 inches) will cost an extra $100 per direction.
b) Avoid Checking Luggage and Use a Carry-On Suitcase — Short-haul flights (such as Toronto to New York) on certain airlines will charge $25 or more for one checked bag and $35 or more for a second on the lowest fare ticket, as well as $100 for overweight or oversized luggage per direction.
c) Ditch the Backpacker Bag if You Have a Great Suitcase Already — The ‘old school’ backpacker bag isn’t always necessary. Many new travellers are surprised to find out that a rolling suitcase can be cheaper to transport and more convenient because it fits within the luggage size guidelines.

TRAVEL MYTH: Two hours is more than enough time to make my flight.
TRAVEL TRUTH: Nope! Your seat isn’t guaranteed. Airlines often oversell seats assuming that some passengers won’t show up. In fact, if you haven’t checked in for an international flight more than 120 minutes before departure, or dropped off your bags 60 minutes before flight departure (and even longer for regions requiring secondary inspection) you risk missing the flight altogether.

HOW TO DEAL:
a) Use Online Check-in — If you have the option to check-in online 24 hours before your flight, do that. Usually you are able to pick your seat at that time as well. You still need to arrive early prior to departure, but you are in better shape not to be bumped from an oversold flight.
b) Get to the Airport Early — Arrive at the airport two to three hours before flight departure on international flights, grab a meal at a restaurant near the gate and relax. There’s nothing worse than stressing before an epic trip.
c) Use Travel Apps to Help — SeatGuru is an incredible app that gives realtime flight departure and weather updates and shows you where you’re seated on the plane. It connects directly to TripIt, so if you need to find your way through a new airport, you can follow the route directly, which is great in cities where English isn’t the first language.

TRAVEL MYTH: Food in Europe is expensive, so fill up on the free table bread.
TRAVEL TRUTH: In Europe, bread served before your meal isn’t free and can quickly add up.

HOW TO DEAL:
a) Make Lunch Your Big Meal of the Day – It’s often a bit cheaper than dinner, plus you can take any leftovers with you to snack on later.
b) Happy Hour = Appy Hour – Local bars and lounges often serve snacks or lighter fare with early evening drinks, and travellers can score some great deals by starting their nights a bit early. Brad loves tapas in Spain for exactly this reason – this tasty tradition of smaller, shared plates can help your wallet go a longer way.
c) Grab Food To-Go – Contiki passengers are encouraged to pick up baguettes and cheese in France, cured meats in Spain, pizza by the meter in Naples, or pad thai in Bangkok, and enjoy these local delicacies in outdoor parks or along nearby waterways. Chowing down on take-out can make for a fun experience, especially when you’re eating the local specialties.

TRAVEL MYTH: I’m vegetarian/vegan/paleo/etc., the waiter will understand what that means.
TRAVEL TRUTH: In different regions, dietary restrictions or intolerances are easily misunderstood, so proper communication is key to a tasty meal.

HOW TO DEAL:
a) Be Proactive About Dietary Restrictions – Travelling will expose you to new foods and different ways of cooking, but if you have a serious dietary restriction, allergy or intolerance, make it known. Create a wallet-size card explaining your dietary restriction in the local language, to be shared with servers before ordering.
b) Decline Local Meals Respectfully – Food is a huge part of local culture, so you want to be sure that you decline dishes in a way that doesn’t offend the server, cook or even home chef. Letting it be known that you cannot eat a certain food, rather than just being a ‘picky eater’ is important as well. There’s no better place to enjoy an aromatic cup of coffee than on a coffee plantation in Costa Rica, a crisp pint in one of Munich’s beer halls or pizza from a wood oven than in Italy. Sampling local food really is an essential part of travel, and everyone who can should give it a go.

TRAVEL MYTH: Vacations mean kicking back and not lifting a finger.
TRAVEL TRUTH: Yes, vacations should be relaxing, but a good traveller is someone who can hold himself/herself to the same standards of cleanliness and respect as he/she does at home. This isn’t the time to drop your manners or mindfulness for others!

HOW TO DEAL:
a) Recycle– Those travel-size cosmetics, empty bottles and even price tags on new clothing and souvenirs can often be recycled. Look around, or ask your hotel and hostel where to recycle.
b) Beach Garbage & Park Garbage – Hopefully you’ll have some time to relax in a beautiful outdoor space, like a beach or park. And after a few hours, you’ll probably accumulate a few pieces of garbage. Not only is picking up after yourself appreciated, it’s sometimes the law. Certain regions can fine travellers for leaving garbage behind, so even if there is no garbage can in site, compile yours into a plastic bag to toss back at the hotel.
c) Look for Trips with a Sustainability Focus – Each year, Contiki partners with Céline Cousteau (environmental activist & granddaughter of Jacques Cousteau) and Treadright (a not-for-profit foundation to encourage sustainable travel) to support an environmental project. Most recently it was a trip to Costa Rica to work with the Sea Turtle Conservancy to help protect nesting turtles in Tortuguero National Park.