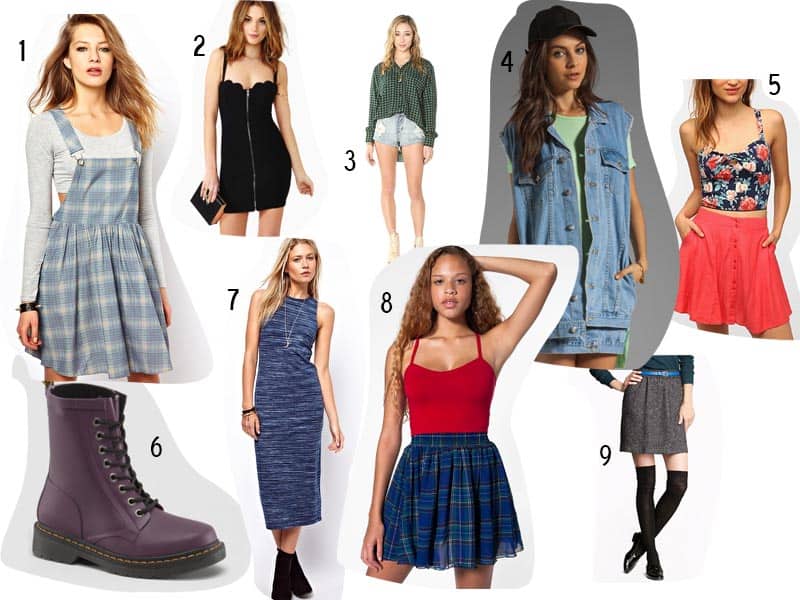 But, while we’re kind of over everyone talking about the ’90s (like we get it, you watched the original 90210), what we’re not now nor  ever will be over is the ’90s. BECAUSE WINONA AND CHER HOROWITZ AND BRENDA AND DYLAN FOREVER. And we’re kind of really into the idea of wearing our Docs with flowered maxi dresses again. And so, our weekly shopping list, ’90s edition.