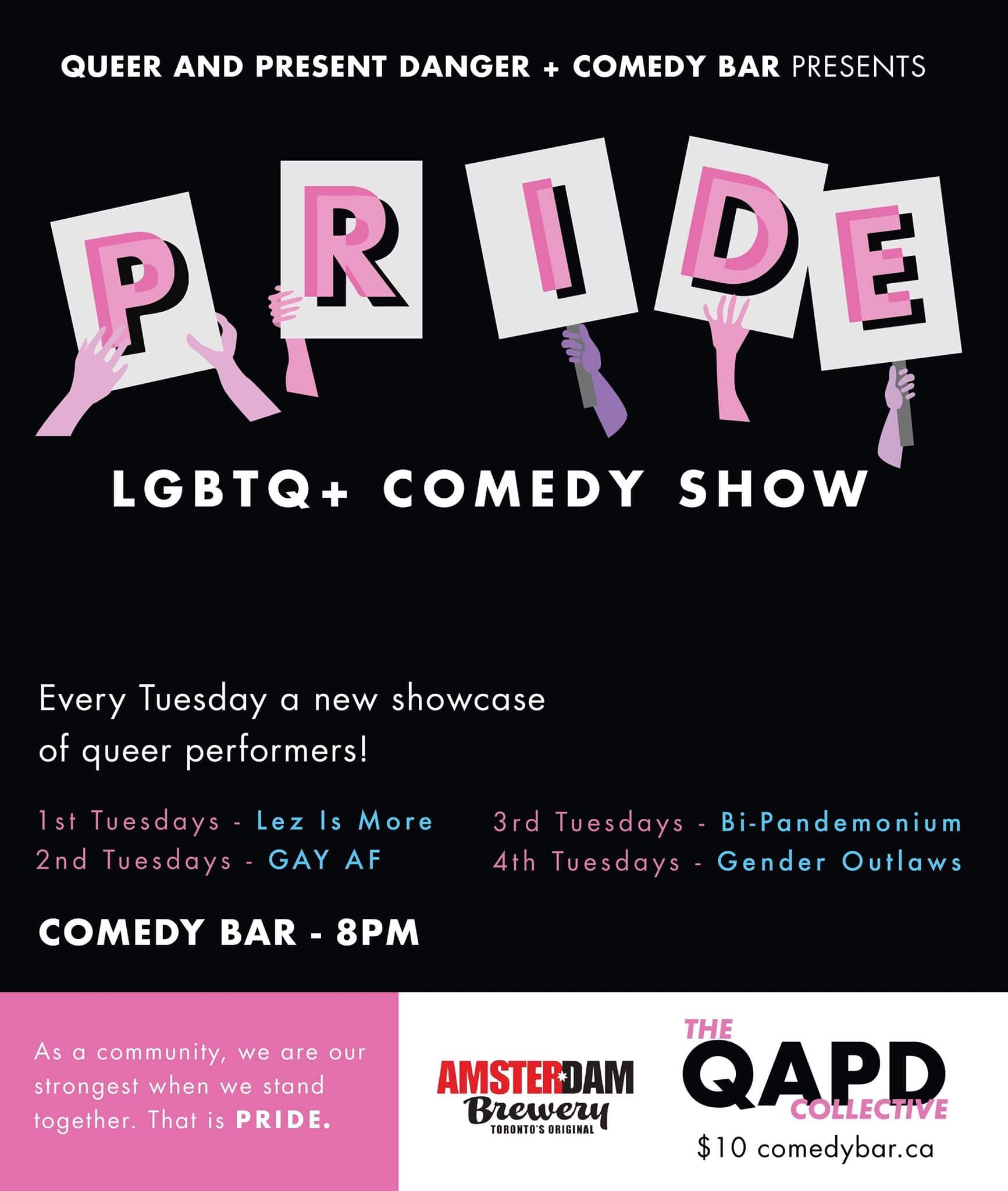 The comedy scene doesn’t have the best reputation for being inclusive towards queer folk, but a new series is aiming to shake things up.

P R I D E, presented by Queer and Present Danger, kicks off later this month and will feature the best queer comedy Toronto has to offer. Conceptualized by Chanty Marostica (Just For Laughs, Sirius XM’s Top Comic, CBC’s Laugh Out Loud, The Debaters and Workin’ Moms), this series will take you through the acronym: LGBTQ++. The weeks will rotate between four shows: Lez is More, a showcase of queer, sapphic talent; Gay AF, focusing on gay male comedians; Bi-Pandemonium, showcasing the city’s bisexual, pansexual and sexually fluid comics; and Gender Outlaws, highlighting trans*/non-binary/and gender non-conforming comedians.

Kick off Pride with a Virtual Drag Brunch this Sunday