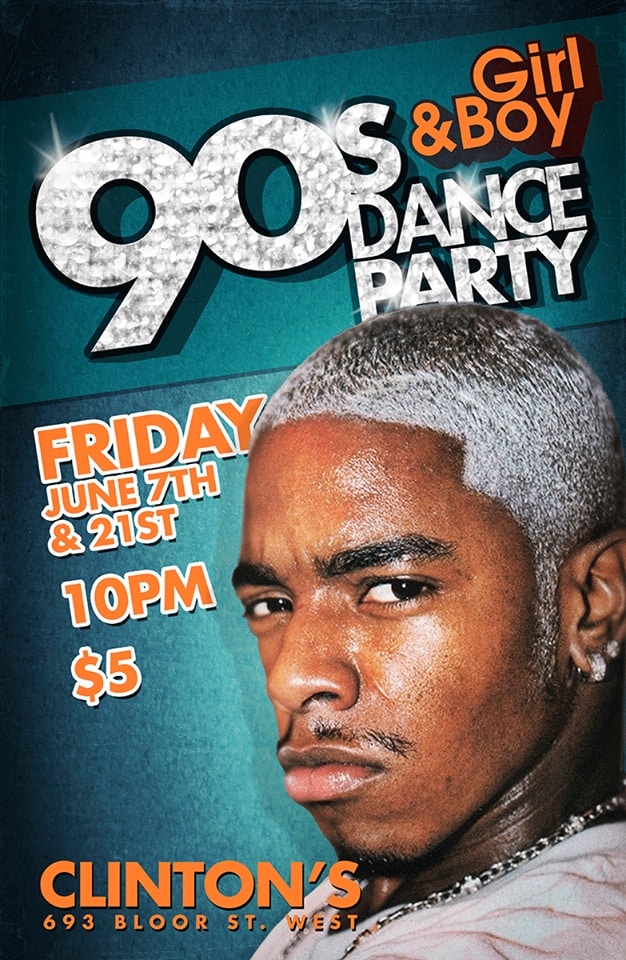 10pm I’m With The Band @ The Garrison, 1197 Dundas St. W. Every Wednesday, a different band and their friends DJ in the front room. This Wednesday, Dustin Hawthorne (Breeze / Beliefs / ex Hot Hot Heat / Islands) plays you some really nice Wednesday night jams while you drink fine liquors and eat a taco or two.

6:30pm “Streets & Alleys” Opening Reception @ #Hashtag Gallery, 801 Dundas St. W. It’s the opening of Yvonne Bambrick’s inaugural photography exhibition, “Streets & Alleys.” This show is all about the colour and texture and lifecycle of the city, and a celebration of the mighty bike wheel. Each piece is a photograph framed within a semi-deconstructed bike wheel! Until 10pm. Exhibition runs until June 23rd.

6:30pm SummerWorks Summer Soiree 2013 @ The Campbell House, 160 Queen St. W. The evening is catered by Samuel J. Moore’s Alexandra Feswick, and features complimentary drinks, a live auction, and performances by Sunny Drake and Joe Culpepper. Tickets are $100 and can be purchased here. The event goes until 9pm, at which time a public SummerWorks party (with a pay what you can entrance fee) starts at the same venue. It features pop-up performances, is catered by The Lakeview, and goes until 2am.

10am Om T.O. @ The Distillery District, 55 Mill St.. Celebrate the longest day of the year with a full day of outdoor yoga in celebration of the summer solstice! People of all skill levels are invited to take part in any or all of the 11 specially themed outdoor yoga classes taught by some of the most sought-after instructors from top studios in the city. The 40-minute classes will run from until 6pm. Reserve a mat online. PWYC (suggested $10).

10pm Loving In The Name Of @ The Great Hall, 1087 Queen St. W. A dance party and live set in celebration of the greatest hits of all time! Featuring the band The Best and the best singers from the best local bands recreating classic songs from Whitney Houston, Boyz II Men, Hall & Oates, Mary J. Blige, U2, The Smiths, and more. DJ Shit La Merde plays hits all night long. $10.

10pm Pop Lobster @ Magpie, 831 Dundas St. W. This lobster knows no pop boundaries! You may or may not have the opportunity to dance to the likes of Pet Shop Boys, Blondie, Destiny’s Child, Le Tigre, Britney Spears, Robyn, Motown, indie, new wave, disco, and more!

11pm Racks & Bands @ The Drake Underground, 1150 Queen St. W. Racks & Bands is a monthly party focused on one thing and one thing only: bringing booty back to the Underground. Turn up with resident DJs Johnny Hockin and Vanity Muscles as they motivate the winin’ and grindin’, playing only the hottest in current rap and RnB. $10.

12pm Summer Swap Party @ industREALarts room, 688 Richmond St. W. Show up with the clothes you no longer want in your closet; you’ll get a ticket for each item (30 tickets max.) that you can then swap for something new! Expect snacks, DIY tips, and on-site alterations. Until 4pm. $5.

1pm Free Lemonade and Signed Photos of John Stamos* @ Christie Pits Park. There will, of course, be free lemonade. And as always, photos will be signed by someone who is not John Stamos, does not look like John Stamos, and is not in any way affiliated with John Stamos. Classic. Goes until 4pm (if it rains, the event will take place the next day from 2pm-5pm).

7pm Poetry Slam @ The Drake Underground, 1150 Queen St. W. Local wordsmiths and performers provide an evening of spoken word, lyrical mastery and friendly competition before an always packed house. $75 goes to the best performance of the night—sign-up starts at 7:30pm. $5.

10pm #PatYourWeave @ Measure, 296 Brunswick Ave. She Does the City and the producers of #SpiceWorldTO bring you a night of Destiny’s Child hits, Beyonce classics, and everything in between! Featuring Nicki, Mykki, Lil’ Kim, Missy, Angel Haze, Foxxxy, Azealia, Cassie, Ciara, Kel and Michelle, Solange, Kelis, Khia, Mariah, Ms. Jackson, BadgalRiri…well, you get the idea. Featuring a photo booth and plenty of surprises. $5.

10pm Beam Me Up Disco @ The Piston, 937 Bloor St. W. A Digital Needle DJs, Cyclist, and special guests deliver a healthy serving of funky and soulful disco, disco-rap, boogie, and other aural oddities primed to make you groove! $5 before 11pm, $10 after.

11pm Quatro @ The Drake Underground, 1150 Queen St. W. Bridging the gap between four different eras and forming a cohesive sonic bond, Conor Cutz and Rouge bring you a night of the best music from times past. From the 1970s to the early 2000s, expect to hear the best of everything from James Brown to Justice, M.J. to Biggie—tracks that defined generations, seamlessly mashed up and reworked by the infamous duo. Around midnight, renowned speed artist Anthony Haley takes the stage and begins performing his craft. Gaining inspiration from the crowd, music and overall feel of the night, Haley will take you on a visual quest creating piece after piece live on stage. $10.

1pm Sky Yard Sundays @ The Drake Sky Yard, 1150 Queen St. W. Brunch, booze, buckets of Corona, and a ton of fun in the Sun(day)! Fuel up with a late brunch or tacos then dance to the sounds of weekly live DJs from 2-6pm.